Change comes from within: the man who may be the best hope for the Outdoor Industry in meeting the challenges of the 21st Century

Cast your mind back fifty years, if you can. The zeitgeist of the times - social change, burgeoning environmental consciousness - was reflected in the nascent Outdoor Industry. The industry had – for want of a better word - a conscience.

More than simply selling gear, it represented an alternative lifestyle. Backpacking, paddling and bike touring became the means by which people got closer to nature. Geodesic tents, dome houses and heady idealism were rife among the pages of the Whole Earth Catalog (for those who don’t know, the Whole Earth Catalog “was sort of like Google in paperback form” according to Steve Jobs).

You didn’t need a Weatherman to know which way the wind was blowing.

Fifty years on, and societal currents are rising again. Sustainability. Social justice. Climate change. Equality. Where does the outdoor industry fit into this? Does it still have a conscience? Does it even matter? Or does it - perhaps – need a catalyst to focus its attention? 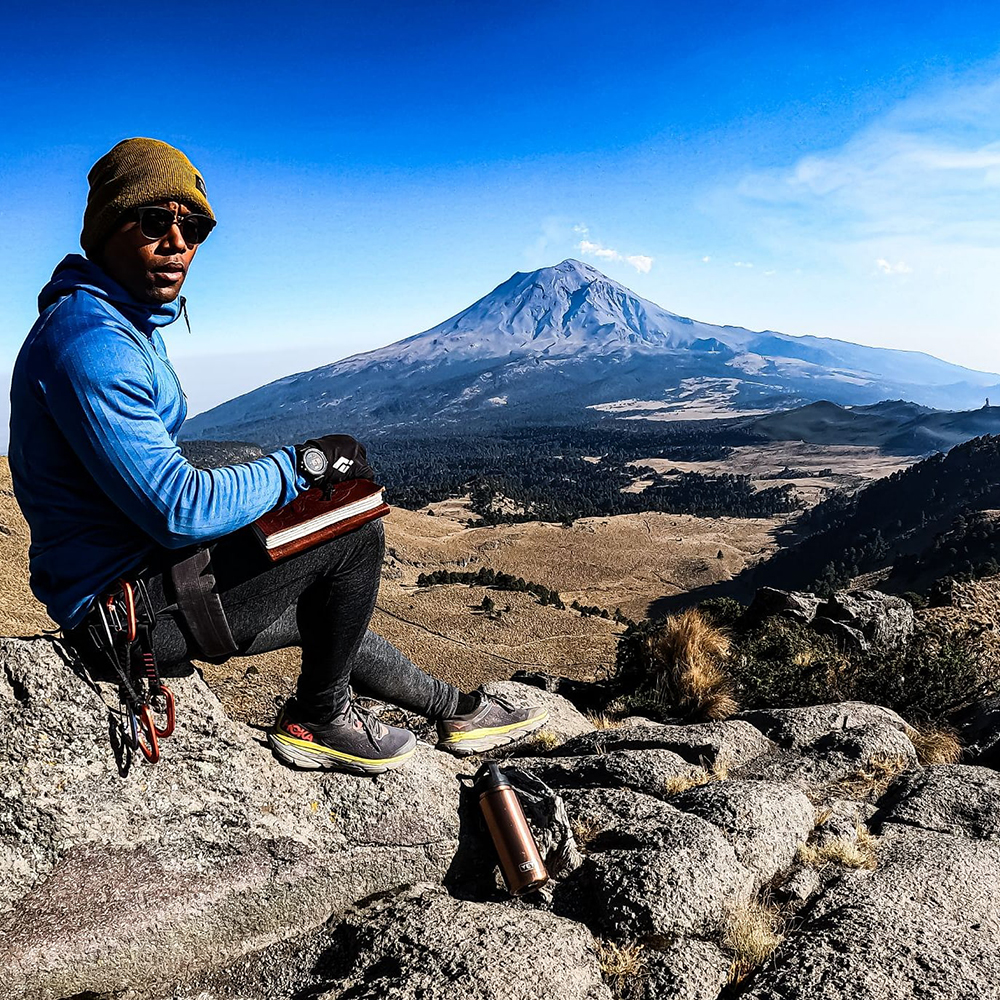 A brief introduction might include the fact that Andrew is a mountaineer, a climber, a surfer, a free-diver. A longer summary might include that he works with certain outdoor gear companies as a brand ambassador, although that term may not do justice to the role he plays. Of course, the prior two sentences describe what Andrew does, not who Andrew is. Andrew is an African American, from one of the tougher parts of Detroit. The arc of his life since then has imbued him with some very interesting qualities which we will touch on in this article; but even that will not completely capture who Andrew is.

So – let me tell you up front what Andrew Alexander King represents: he is an inspiration. He is a mentor and a role model. He has boundless energy, he has a focus, and he has a vision.

His background gives him a unique perspective, one which ties in perfectly with a number of challenges facing society in the second decade of the 21st Century: racial and gender inequality, lack of social upward mobility, the changing climate. His ability to draw attention to (and motivate people to do something about) these issues make him a key person in making a change.

His personality constitutes the rest of the equation. He is the unstoppable force that if confronted with an immovable object, would leave you betting on the object not remaining immobile. 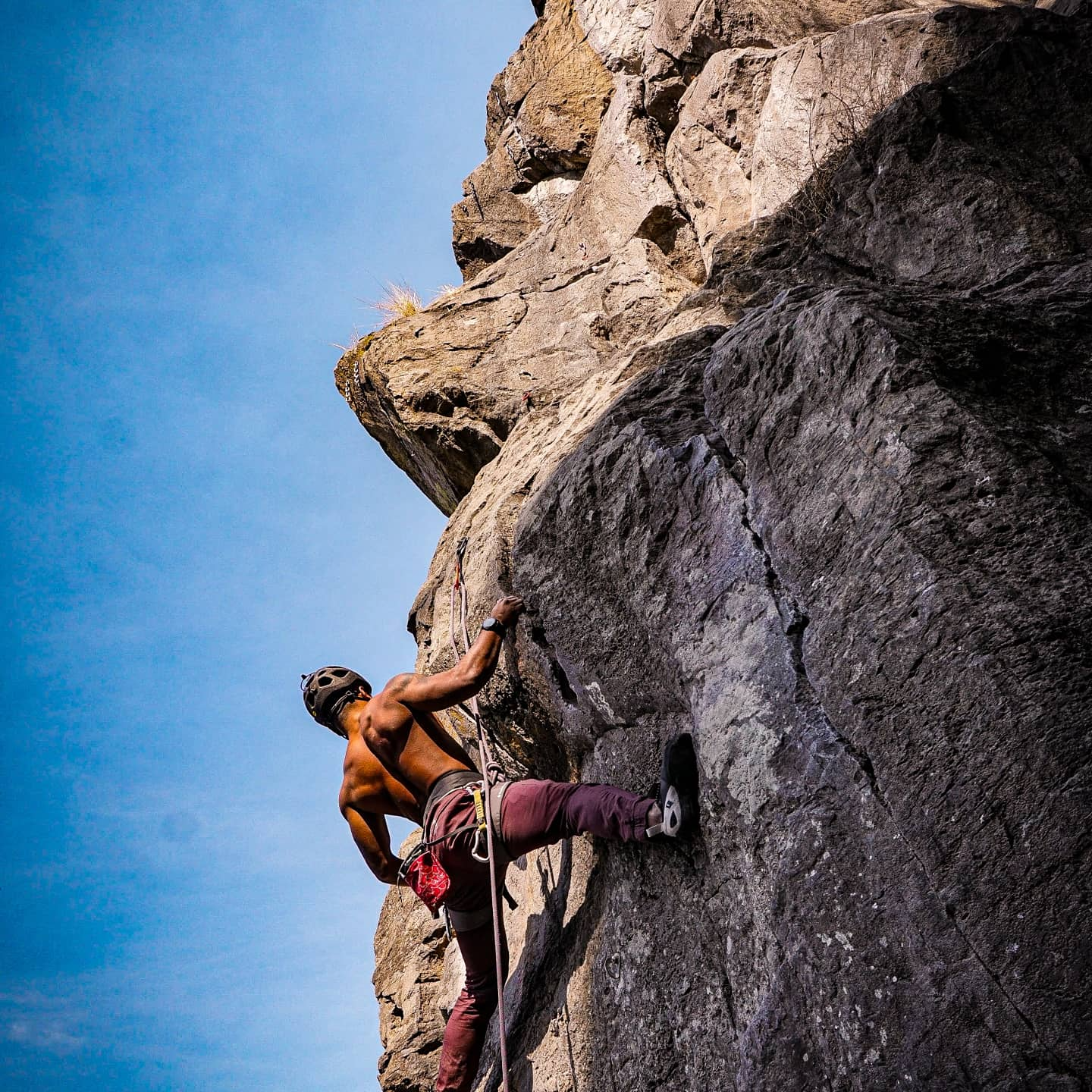 At the time we spoke to him for this article, Andrew was in the final days of preparation for a Denali expedition, but was kind enough to take time out of his busy schedule share his thoughts with us.

As mentioned, Andrew was born in Detroit to a single mother. It was, he said, “A very hard thing… We didn’t have a lot, we really didn’t. I lived down the street from a drug house; I lost my friend in elementary school to a drive-by shooting”. He doesn’t dwell on this tough beginning, any more than he thinks about growing up without a father.

In fact, if he does reflect on this aspect of his life, it is from the point of view of concentrating on the wonderfully strong women who raised him: his mother, grandmother and great-grandmother. These early hardships give weight to his perception that the circumstances you are born into are like a lottery ticket. In Andrew’s case, a lot of the odds would seem to have been stacked against him.

Then again, sometimes it’s a question of how you play your hand. Andrew could have run with the wrong crowd; instead it literally became the way he got his life on track. “Detroit is a place where I had to grow up pretty quickly. I learned how to run, to become a track athlete… the reason I ran track is because we really couldn’t afford to do anything else, and there wasn’t really a place for me to be outdoors besides running”.

You can’t simply outrun poverty or societal inequity. But you can run fast enough to secure an athletic scholarship at the University of Maine, as Andrew did (making him the first in his family ever to go to college). University taught Andrew a lot of things, and it gave him the entrepreneurial skills and vocabulary to be able to speak on equal terms to CEOs and company owners when a systemic change is needed. 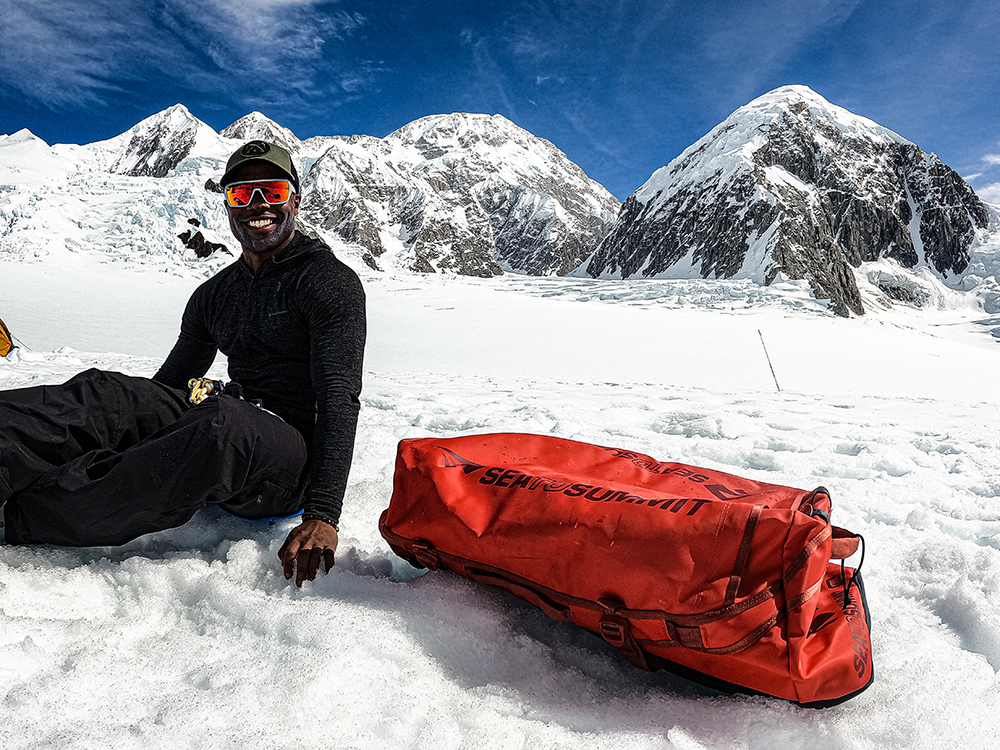 Several things set him up for success at UMaine. He had tenacity and focus. But he also had a newfound stability. This latter quality came thanks to having a great role model in his life: his grandfather Warren. Warren was a Master Sergeant in the US Army. He and his wife adopted Andrew, and moved him from Detroit to Georgia. As Andrew said, “They raised me. They showed me what stability is like, what true love is like. My grandfather taught me to be disciplined, diligent and to do everything you can to treat people with respect”. Warren’s mentorship is honored in the fact that his initials are tattooed on Andrew’s wrist (a unique honor, as Andrew stresses). 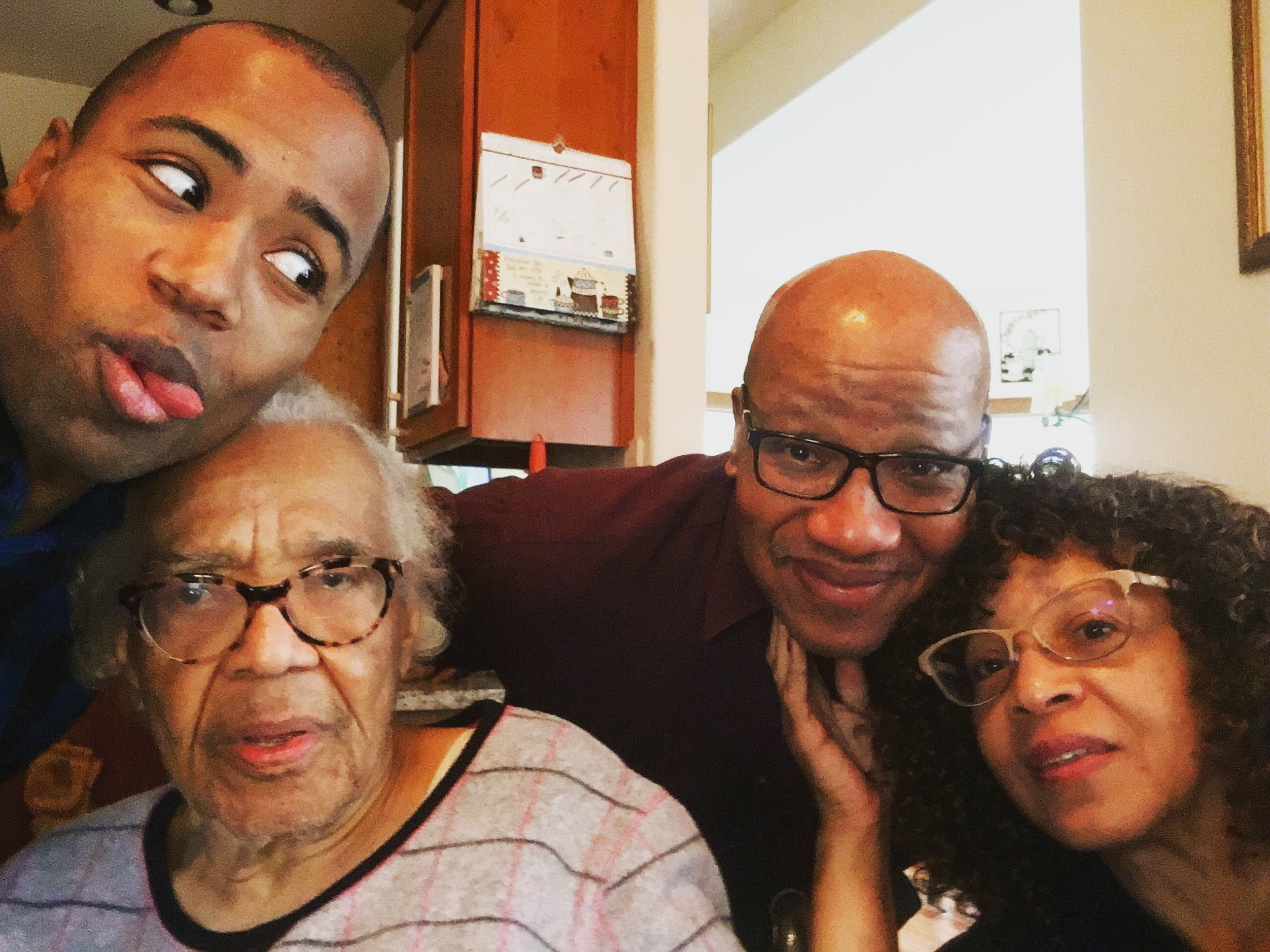 Andrew is keenly aware that mentors are there to help you stay true to where you should be when you might otherwise deviate from the ideal path. In another pivotal episode in his life, he punched out a classmate who called him the N-word. The classmate got a one-day in-school suspension, Andrew was suspended from school for a week. Warren reacted by taking him out of high school in Georgia and moving him to a new duty station in Germany. A new continent, a blank slate. A new lottery ticket, if you will. Andrew thrived. The re-set button had been hit. 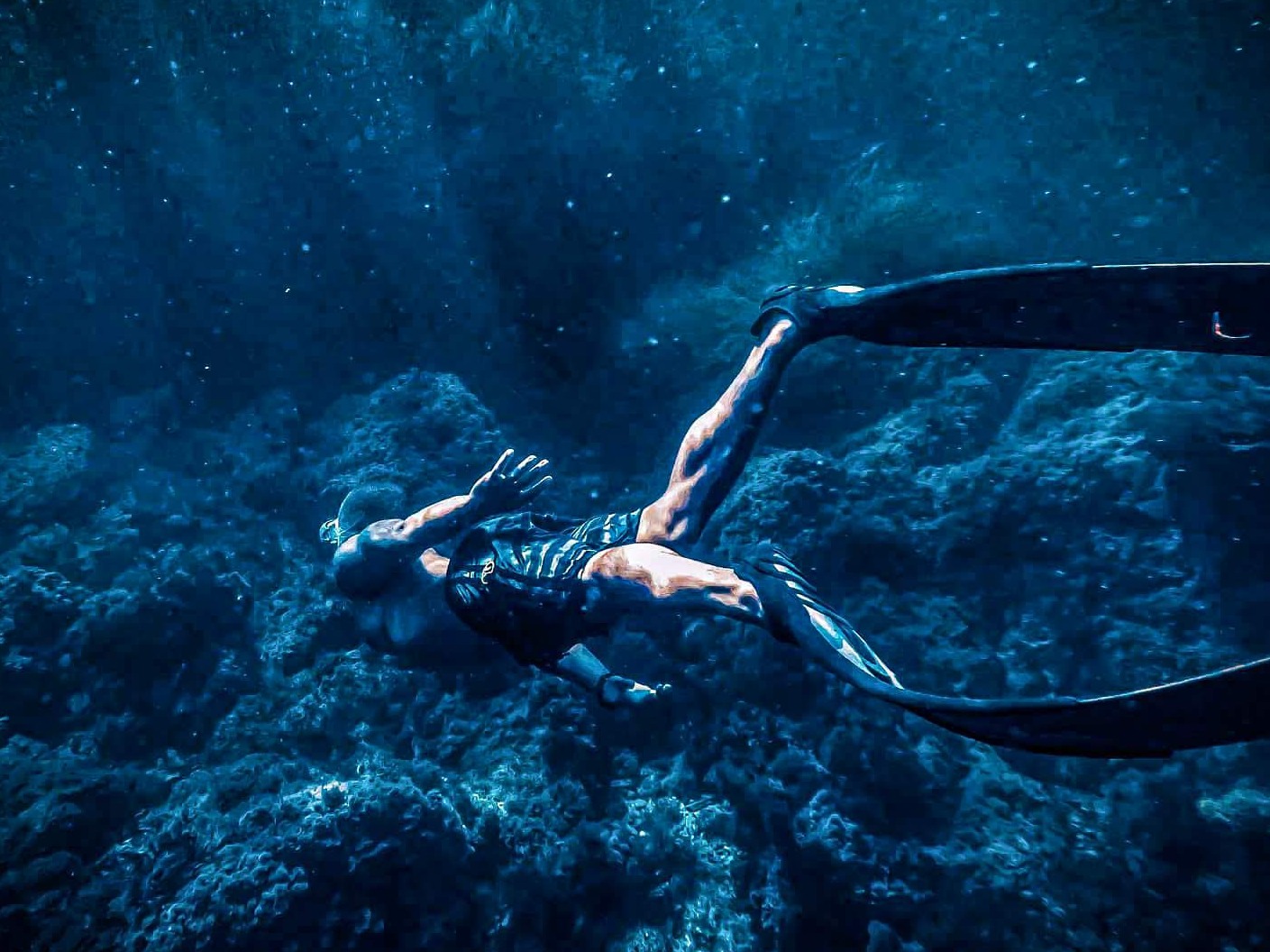 During our interview, Andrew said “Where I grew up there really wasn’t a place to really find peace of mind. When I got to the ocean in Hawaii, it really felt peaceful to me, calming and quiet. On a mountain top there’s nothing but wind blowing and you’re able to be at peace with your own mind. I don’t know if I’d be the poet I am now or be the person I am today if I didn’t have a mountaintop where I could sit back and digest those feelings.”

Change-makers can sometimes simply be those people who make the most noise; something which the online world has magnified with its short-attention span clamor for followers and likes.

In Andrew Alexander King, the outdoor industry may have found a quiet, calm presence who transcends all of this. It may have discovered a champion for disadvantaged people who didn’t – or couldn’t – draw a winning ticket in the lottery of life. It might have come across someone with the drive, the determination and the discipline to make a difference.

Whether it’s the poems he shares on his Instagram, his genuine and unvarnished interest in other people’s cultures or their stories, or the countless number of individuals who have found themselves transformed from strangers to family, Andrew has a way of connecting people to a deeper sense of themselves and nature.

Does the outdoor industry still have a part to play in changing perceptions and behaviors in the face of impending environmental disaster? Does it have the ability to help propel people – all people – towards their own metaphorical mountaintop? Does it, in short, still have a conscience?

Andrew Alexander King might just be the person to help answer that.